As a freelance music teacher I have taught children and young people of all ages for 14 years. I have always tried to be not just a music teacher for my students, but also someone they can trust and with whom they can talk about their worries that otherwise nobody might have an ear for. Sometimes I found it just as important to talk with a student about his home or school problems than to teach him a new guitar chord. In that time I have learned so much about the children’s desires, needs, concerns and fears. Over time it occurred to me that some of the students increasingly complained about the rising and excessive demands at school.

Independently I have also closely followed the development in the field of academic education. I myself was lucky enough to have been allowed to study during a time in which the ideal of academic freedom (at least in the humanities courses) plays an important role. Studying was not only to gain professional qualification but also a time of personal development and growth. 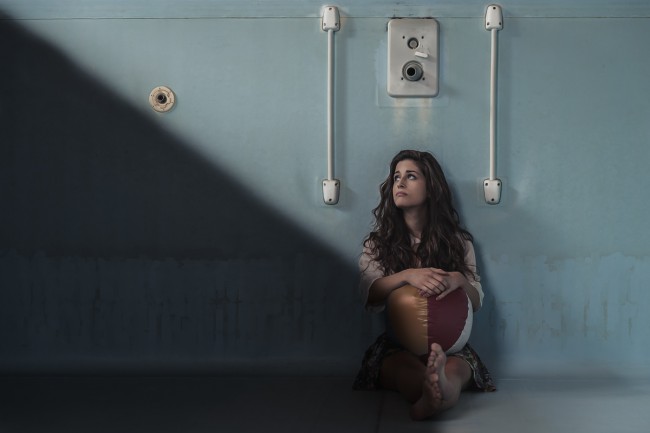 Both experiences with my students as well as the reports of my friends and acquaintances regarding today’s university circumstances have motivated me to devote myself to the topic of insecure and overwhelmed adolescents in an artistic way. For me it was mainly about the visualization of their emotional world which is often characterized from self-doubt to resignation. In this context the theme party stands symbolically for the desire of simplicity, ease and freedom. The title Grown up – The party is over! is deliberately formulated in a boldly and pointed manner, to get to the heart of the intensity of the mental states of mind depicted.