Studies in the future?

Once there was a wise man who would go down in history as the founder of modern university teaching. In his eyes, the primary objective of studying was not to prepare for a specific profession but in the formation and development of personality. As he stated: science without a distinctive purpose is most useful, since it prepares solutions for the unforseeable. The mans name was Wilhelm von Humboldt (1767-1835). 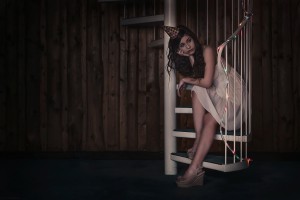 If Humboldt knew of the domestic impact of the Bologna reforms today he would turn in his grave. To put it bluntly one could say that these days university is a mass student mill in which the sole focus is the efficient production of business pleasing graduates. Real academic freedom and the therewith associated holistic education – which goes beyond a one-dimensional knowledge – needs a certain degree of freedom. This however can only be achieved if both the pressure to perform and the hereby contiguous time pressure is significantly reduced. This is where we will have to start the change if we want to promote and exploit the intellectual and creative potential of our adolescents again.

Specific actions would be relatively simple to implement. Already a simple extention of the normal period of the Bachelor degree courses from six to eight semesters would provide some much needed freedom. Students would have the chance to think outside the box, to deepen their own interests, to find and try new ideas and to gain more practical experience. In addition studying abroad would not increase the time pressure excessively as it is unfortunately often the case these days.

At the same time however there must be an destigmatization of exceeding the standard period of study. It is not about making the image of long-term students presentable again, but to reduce the student’s social pressure.

Another measure to reduce the unnecessary pressure is the abolition of compulsory attendance. Instead of dictating the adult learner when, how and by which lecturer he has to understand something he should be allowed to determine his own path and method of learning himself. Fortunately some universities have already recognized the wrong path and abolished the compulsory attendance again. Other universities and teachers should follow suit.

When searching for the causes of the dissatisfaction of young people in today’s higher education system one must not just start at the university. Already the high weighting of the graduate’s grade point average as a selection criteria for the allocation of study places (numerus clausus) casts its shadow far into the schooling of our pressurized adolescents. Therefore it is necessary to increase the impact of other selection criteria such as professional experience, weighted individual subject grades, specialized tests and interviews. 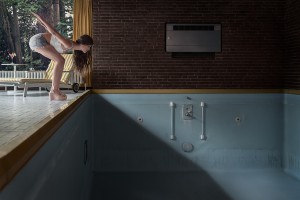 An additional problem is the de facto non-existent equality of opportunities. It can only be the aim to reduce the barriers to higher education so that the decision for or against a study is not determined by the social and economic background of the young people but by dedication, intelligence and aptitude. For this purpose structures need to be created or expanded first which ensure that adolescents from educationally alienated homes are well informed about prospects and opportunities and at least take a study into consideration. At the same time measures of financial assistance (expansion of scholarship programs) need to be expanded to facilitate dedicated young people from economically disadvantaged backgrounds a college visit as well.

These are just some ideas on how academic teaching could be improved from its present form. Changes in this area however would first require the admission of the politics in charge that (in Germany) mistakes were made in the implementation of the Bologna reforms. Unfortunately the necessary ability to reason seems non-existent. Still putting young people in the job market (to counteract the increasing pension shortfall, caused by the demographic change) seems to have priority for politics at this time. Of course such an approach is too short-sighted and ultimately counterproductive regarding the future of our country. We do not need graduates equipped with one-dimensional knowledge, but rather independent, self reflecting and creative graduates with character, personality and inventiveness.